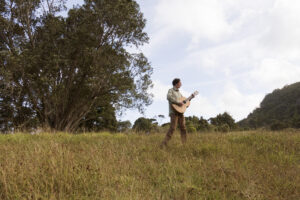 Dave Flynn is a virtuoso guitarist who is versed in many styles. In his new show ‘Celtic Guitar Journey’ he presents beautiful guitar arrangements of Irish and Scottish traditional music, exploring the musical connections between these ‘Celtic’ countries.

His programme goes through the history of Celtic music, from an ancient Irish battle march, to baroque-era harp music by Turlough O’Carolan, to 19th Century reels and jigs, some more modern compositions that he recorded on his acclaimed album Contemporary Traditional Irish Guitar and some of his own acclaimed compositions.

‘Celtic Guitar Journey’ also highlights connections between Irish traditional music and other countries, showing how certain types of Irish tune styles were imported from countries including Scotland, Poland and Germany. 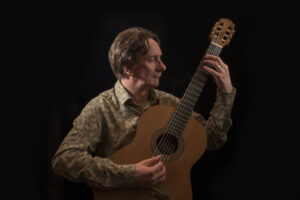 Well known in Irish music circles for his work as a composer/performer with Martin Hayes, Máirtín O’Connor and the Irish Memory Orchestra, Flynn has toured solo around Japan, Europe and, most recently New Zealand, where he premiered his Celtic Guitar Journey show to great acclaim.

Check out his masterful Celtic guitar playing in the below Youtube playlist and on the album ‘Contemporary Traditional Irish Guitar’.