Composed with the aid of a bursary from the Arts Council of Ireland’s Deis Scheme.

Some people think Irish music all sounds the same

Perhaps because some tunes have the same DNA

They’ll start and end with the same little turn

But the notes in between are for those who discern

He took two slip jigs and told his band to rehearse

Playing the tunes together at once

Now I thought to myself, that’s a clever little stunt

He composed a tune with three parts to be played

The first time around the parts sound on their own

Then the parts combine into a new kind of tone

Of familiar tunes combined in counterpoint

Some of you might love it, some may wonder what’s the point

Whichever way you take it I’m sure you’ll agree

The musicians who are playing are of the highest pedigree

So please sit back and listen with open ears

Now welcome the musicians, as I disappear………….

Together but Apart is a rough translation of the title of this piece.
This is the only piece I’ve ever composed where existent traditional melodies are used in the context of a ‘new’ piece of music.I had the idea of creating a large piece where all the musicians maintained their individuality yet still merged as an ensemble. I noticed that many traditional tunes sound superficially similar. So in this piece old traditional tunes which seem to have the same basic DNA are played together. When the players bring their individual sound and approach to rhythm, variation and ornamentation the similarities are stretched and unusual rhythmic and harmonic counterpoints occur.

There is some precedent for this idea in Seán Ó Ríada’s arrangement of The Whinny Hills of Leitrim for Ceoltóirí Chualann on the record ‘Ó Riada Sa Gaiety’. In this arrangement two slip jigs of the same name are played simultaneously.
Seán’s son Peadar also experimented with something similar on his recent ‘Tríuir’ album with Martin Hayes and Caoimhín Ó Raghallaigh. At one point all three parts of a jig are played simultaneously.This piece elaborates this concept to a large scale work of over 20 minute’s duration. Up to four different tunes are played simultaneously in this piece. If you know your traditional music you should be able to isolate each tune in each short connected section as listed below.Section I – The Jolly Tinker and Sporting Paddy go to The AbbeySection II – Tommy Peoples brings The Maids of Feakle &The Primrose Lasses to meet The Blacksmith

Section IV – As I went out upon the ice at the Top of Maol near Ballydesmond I thought to myself ‘I’ll buy boots for Maggie!

Section VI – The Return to the Forest of Ornaments 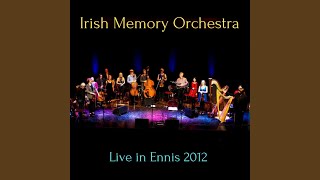 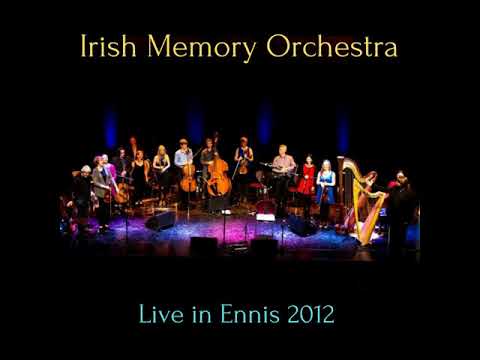