The movements of this piece were originally written as separate pieces. I decided to combine them in Sonatina form when I realised they were all written in homage to composer/guitarists, namely Heitor Villa-Lobos, Andy Summers and Leo Brouwer.

I – Homage to Heitor Villa-Lobos

Villa-Lobos was one of the great composers for the guitar and he was the first major 20th Century composer I seriously studied. I wrote this piece through improvisation. On completion I realised it owed a debt to Villa-Lobos, so I acknowledged this debt by naming the piece after him. Aside from this influence, there are strong jazz elements in the piece.

This is the first piece I wrote in a contemporary classical style, it is also the first piece I wrote in standard notation. The original title of the piece was ‘Homage to Andy Summers’. Andy Summers is best known as the guitarist in the rock group ‘The Police’. His playing had an enormous influence on me in my teenage years. He incorporated many different styles into his playing to create a truly innovative style. Some of the chords he commonly used with The Police are found in this piece, such as the first Aadd9 chord. In 2001 my mother Joan Jennings died, so I decided to rename the piece and dedicate it to her, as it was one of her favourite pieces of mine.

This piece is an obvious play on Leo Brouwer’s Cuban Landscape series. It is my tribute to Mr. Brouwer, one of the great musicians of our time. The ending contains a lot of unusual percussive effects, which are explained in the notation key at the end of the piece. 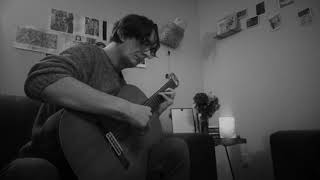 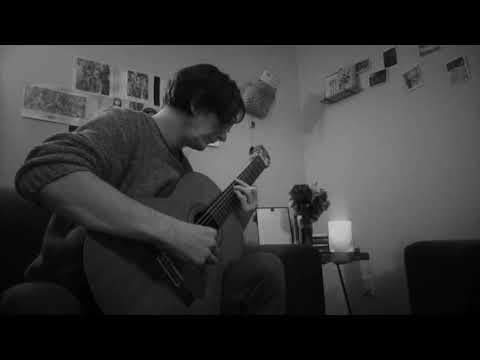