CRITICAL ACCLAIM AND TESTIMONIALS
There are quotations about his work from critics and musicians below.
His Press Kit/Bio is available by clicking HERE 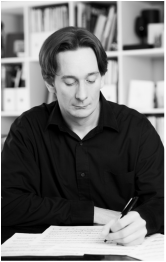 “Dave Flynn occupies a unique position in the world of music: his work reflects an intimate and   respectful knowledge of the Irish folk   tradition along with deep insight and    skill in the world of modern classical composition.”

“Perhaps most impressive of all are Flynn’s orchestral and song-writing skills; he pens seductive and warming tracks which are performed with a level of class unparalleled in a lot of folk/classical crossovers”.

“Arranging for guitars is a very tricky business and you really have to know what you are doing, so I have never done it, but Dave Flynn and Brian Bolger have made these arrangements and they’re really quite beautiful.” –

String Quartet No.2 ‘The Cranning’
– Composed for The Smith Quartet

‘’The highlight of the programme was Dave Flynn’s Quartet No. 2 (The Cranning). This wild and wonderful piece incorporates Irish traditional elements without a hint of nostalgia or plastic shamrockery, often transforming the ensemble into a set of bowed uilleann pipes”

”Irish music is this Dublin composer’s passion and main inspiration, and at times he has the quartet’s two violinists digging into their instruments with the kind of power and grittiness you hear from Celtic fiddlers at their most raucous”

‘The precision of Flynn’s writing displayed years of studying the music of Hayes: his style, rhythm, technical ability and aesthetic. At the same time, the composer moved the fiddle-player into unfamiliar territory, compelling him to climb through shifting, plated orchestral accompaniment…It was thrilling, heady and explosive.’

‘Hayes is one of those players who projects a great sense of long-term purpose…He sustained that unflagging sense of focus through the strange tilt and lilt of Flynn’s melodic writing. And it was in the work’s most unrelentingly busy movement, the finale which the composer describes as an “epic reel which climbs gradually from the depths of anger to the heights of ecstasy”, that performer and work seemed most effectively aligned.

‘Music for the Departed’
– Composed for Martin Hayes and Dennis Cahill

“’Music for the Departed’ was simply unforgettable. Haunting (and yes, mournful in places), vibrant, and elemental towards the end. I’ve never seen musicians work together so brilliantly together and with such intensity.”
“It’s an impressive full-on sound, but it doesn’t drown the bell-like clarity of Cahill’s inch-perfect guitar, much less Hayes’s soaring fiddle…..At the end of the session the conductor sweeps his hand around to indicate the soloists, and the orchestra erupts into spontaneous applause. Contemporary. Classical. QED.”

Quotes from Fergus Finlay (The Irish Examiner) and Arminta Wallace (The Irish Times).

The Clare Concerto
– Composed for the Irish Memory Orchestra

“The amazing power and authenticity of his recent Clare Concerto”, “The Clare Concerto is moving, witty and inventive.” The Clare Concerto pushes typical orchestral instrumentation to the edge, adding electric guitars, uilleann pipes, concertinas, etc., and, spectacularly, Bronze-Age Irish horns”, ”One sequence was dedicated to the famous Droneys of Bellharbour, and up they went to play along with the orchestra … a hair-on-the-back-of-the-neck experience.’ 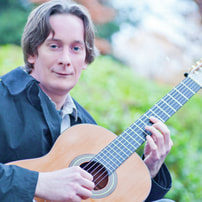 “Dave Flynn is a masterful guitarist”, “one of the few people in Irish music who is equally at home performing in a traditional session, a jazz session or in a classical concert.”


​“He has carved a niche to represent his own distinctive and personal style that shines through.”

“He doesn’t hammer you over the head with his technique, but instead seduces with melody and invention.”

Quotes from Sing Out!, The Connaught Tribune & Irish Music Magazine

“Draiocht is Gaelic for magic, and it certainly suffuses this solo debut from Dublin Guitar Quartet member Flynn.” “An interesting and intriguing collection from a tunesmith, instrumentalist and composer, Dave Flynn is a name to conjure with and Draiocht is very definitely worth an open-minded listen.”

‘’In an era dominated by fret-burning virtuosity, gently persuasive releases such as this are a rare and precious resource. A significant niche release and one of the most effective chill-out discs ever to come my way”.

“Nothing could have prepared me for the innovative, soothingly pastoral music that washed over me. The works, arranged and composed by Flynn, are a unique and truly satisfying blend of traditional Irish melodies and harmonies, gently delivered in a contemporary style”.

“This recording is quite striking and unique for a number of reasons. Firstly, Dave Flynn has made a full album comprising of melodic dance music played exclusively on nylon string guitar. Although the guitar is an instrument not normally associated with playing Irish dance music, Dave breathes new life into the music with a lovely melodic lilt and lift to each tune that has been carefully selected to feature on this recording. It is not your typical guitar album; the dexterity of finger movement and sheer delight in playing these melodies is quite apparent from start to finish on this album. To conclude, this is a must for anyone who enjoys contemporary traditional music at its best.

“Irish guitarist Dave Flynn’s Winter Variations just released is a bit of a discovery, an electric guitar solo album of mainly freely improvised music all based, unusually enough, around the single chord of A Major 9. Flynn’s style is eclectic drawing on a range of musics including Irish traditional music, and pastoral American jazz influences be they Pat Metheny or Bill Frisell, with hints of African music and the minimalism of Steve Reich sewn in for good measure. So plenty here to get your ears around. Fresh and stimulating as it turned out.”