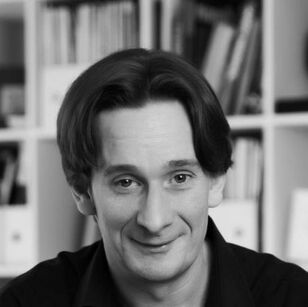 Biography
Dr. Dave Flynn is a composer, multi-instrumentalist, conductor, songwriter, arranger, producer, educator and curator whose award-winning work crosses many genres. His compositions and PhD thesis Traditional Irish Music: A Path to New Music (TU Dublin, 2011) mark him out as one of the leading composers and researchers exploring the dichotomous interaction between traditional Irish music and contemporary composition. He is the Founder and Artistic Director of the highly acclaimed Irish Memory Orchestra, a uniquely Irish orchestra which mixes some of Ireland’s finest classical, traditional and jazz musicians to create a distinctive new 21st Century sound.
Dr. Flynn’s compositions embrace many styles and instrumentations including orchestral, chamber and electro-acoustic works. They have been performed by renowned artists including the Irish Chamber Orchestra, Prague Chamber Orchestra, RTÉ Concert Orchestra, New Juilliard Ensemble, Smith Quartet, Vanbrugh Quartet, ConTempo Quartet, Rolf Hind, Liz Carroll, Mairtín Ó’Connor and Martin Hayes.
His awards include the Huddersfield Contemporary Music Festival Composers’ Award, the IMRO Composition Award, the Eamon Ceannt Memorial Commission and numerous awards from the Arts Council of Ireland and Culture Ireland. In 2016 his composition Calmly Awaiting the End was chosen by RTÉ to represent Ireland at the International Rostrum of Composers. His music, published by Mel Bay, Reed Music and Frisbee Publications, has been broadcast internationally, including features on WNYC and RTÉ.
Dr. Flynn is an innovative educator who has devised and led several outreach schemes as Artistic Director of the Irish Memory Orchestra. This includes ‘Apprentice Schemes’ and ‘Singers Schemes’ which have educated hundreds of diverse, talented musicians of all ages in an inclusive cross-genre orchestra training and performance environment.  Since 2017 Dr. Flynn has been developing an outreach programme with Clare Arts Office to enable blind/visually-impaired musicians to perform in orchestras. This work, funded by the Arts Council of Ireland, will culminate in October 2019 with the premiere of The Vision Symphony. This involves the Irish Memory Orchestra mentoring and performing with dozens of blind and vision-impaired musicians, the first project of its kind in the world.
In 2012 he was invited to be Guest Lecturer in Composition at the DIT where he had the responsibility of supervising final year undergraduate composition students. He has given workshops, papers and master-classes in universities, conferences and festivals in New York, Estonia, Poland, Germany, Japan, Russia, New Zealand, Romania and around Ireland.
Prior to obtaining his PhD Dr. Flynn gained a Masters Degree in Composition from the Guildhall School of Music and Drama and a BMus (Composition) from the DIT. In addition to his university studies he has conducted ethnomusicological field research in Ireland, India, Finland and Estonia. This research has informed his writings and compositions. Dr. Flynn’s studies have been funded by the Arts Council of Ireland, The Guildhall Trust, The Michael Collins Memorial Foundation, an ABBEST Scholarship and IMRO. His writings have been published by the Journal of Music, Na Piobaire Uilleann and the Irish Times.
As a performer Dr. Flynn is a virtuoso cross-genre guitarist and former founder member of the Dublin Guitar Quartet. In this capacity he has premiered music by composers including Philip Glass, Arvo Pärt, Michael Gordon, Kevin Volans and Eric Sweeney. His solo guitar recordings Contemporary Traditional Irish Guitar and Winter Variations have received considerable acclaim. He has toured Europe, Asia and New Zealand performing in numerous prestigious venues and festivals including Ireland’s National Concert Hall, London’s Cadogan Hall, Moscow Christmas Festival and Asia’s largest traditional music festival – The Sori International Festival. Other prestigious engagements include invitations to perform for Irish President Michael D. Higgins and US President Bill Clinton.
As a chamber and orchestral musician he has performed with leading artists across numerous genres including Irish traditional musicians Martin Hayes, Mairtin O’Connor, Tommy Peoples, Mick O’Brien and Liz Carroll; classical ensembles The RTE Concert Orchestra, RTE ConTempo Quartet and Crash Ensemble; and jazz musicians Louis Stewart and Hugh Buckley. In 2017 he made his professional conducting debut with the Irish Memory Orchestra, for whom he has co-conducted rehearsals since 2013.
He has been active in pop/rock and world music styles since graduating from Senior College Ballyfermot’s famous ‘Rock School’ in 1997. His songwriting has been praised in publications including Hot Press, The Journal of Music and The Times.
As a curator Dr. Flynn has devised and programmed numerous tours and festivals including the Farmleigh Music & Arts Festival, Ceol Meabhair Festival of Memorised Music, the Burren Summer Festival, Composing a New Island and the 2012 Tune-Makers Tour. He instigated the foundation of the Irish Composers’ Collective in 2003, helping develop dozens of composers in the process. He is the founder of Frisbee Records, for whom he has produced several albums of his own work and also worked with ten-time Grammy-award winning producer Judith Sherman.