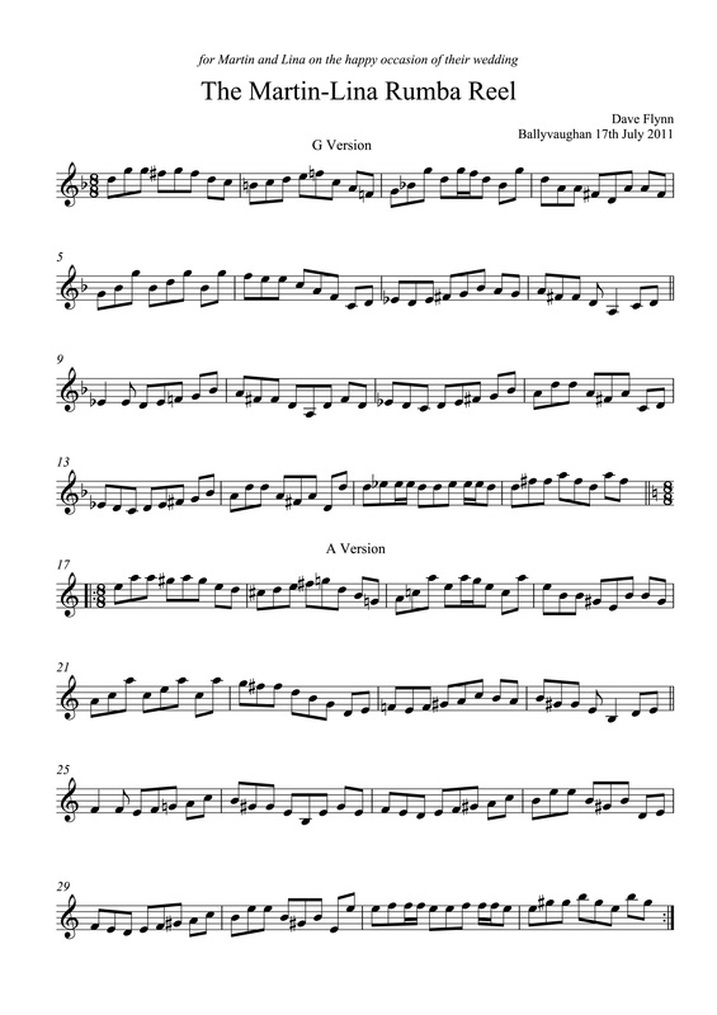 I wrote this tune especially for the wedding of Martin Hayes and his wife Lina. Lina is from Spain, so I decided to write a tune that would fuse an East Clare reel style with a Spanish Rumba style. The tune follows a typical flamenco chord progression of Am, G, F, E which is not at all typical of Irish music. The 8/8 3+3+2 rhythm is found in Irish music though in a very subtle way. Some players, including Martin, phrase parts of their reels in this rhythm. I originally wrote this in Aminor but changed it to G minor as that is one of Martin’s favourite keys. Kevin Crawford from Lunasa, Dennis Cahill and I gave the ‘world première’ of this tune at Martin and Lina’s wedding in September 2011.