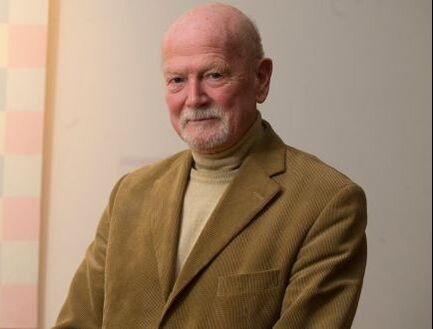 The recent, sudden passing of my Irish composing colleague Eric Sweeney got me thinking that it’s such a shame that the media only tends to give less famous artists a big PR push when they pass away. It happens all the time and it’s very strange!

So I’ve decided I’m going to do a weekly post about a LIVING composer or musician I admire who maybe doesn’t get the press attention they deserve, just to show the media how it can be done! It will be called Dave’s Discoveries and it’ll go on this blog.

Before I start on that I thought I’d just write a post about Eric Sweeney’s music.

Eric was a real pioneer in Irish composition, one of the first, if not THE first 20th century Irish composers to move away from the European avant-garde towards American minimalist music. That was a very brave decision at the time as it was really not the popular thing to do for a ‘serious’ composer to write music that, well, might become popular!

My favourite work of his is his 1981 guitar piece ‘Figurations’ which John Feeley Guitar recorded brilliantly. Though it isn’t strictly a ‘minimalist’ piece, it does show how Eric was heading in that direction when he composed it. I played several of Eric’s pieces in his presence including ‘Comhrá’ with Aoife Ni Bhriain and ‘Song’ and ‘Prism’ with the Dublin Guitar Quartet. These pieces are excellent examples of Eric’s distinctive style of minimalism. Audiences always enjoyed those pieces, they mix a lovely sense of melody with the rigour of minimalist processes.

Eric was also very fond of traditional Irish music and though his approach to using ideas from trad was quite different to mine, I think his work in merging ideas from minimalism with Irish trad is very important in the history of Irish composition, as basically no one did it before he did!

Eric has a really vast output of music and I must admit I’ve only heard a small amount of it. I wonder why his Symphonies and other orchestral works weren’t played more by orchestras? I wonder why more guitarists don’t play ‘Figurations’?

Honestly, I think the main reason is because he is but one of many talented composers who didn’t get the media attention they deserved in their lifetimes.  The digital age has been a time when gimmicks and PR stunts seem the only ways artists can get media coverage. Maybe it’s time to rethink how we consider our artists, give them more time of day, take our composers more seriously, feature a different composer at least once a week in the national news, devote a radio programme each DAY to discovering new music, like WNYC‘s brilliant New Sounds.

There’s lots of great composers out there who, like Eric Sweeney, compose music that combines artistry, invention and accessibility. If they were only given more national support their music could appeal so much more widely. (God forbid I know, we ‘modern’ composers aren’t supposed to appeal to an audience!) 😕

RTÉ lyric fm, RTÉ TV, TG4, Irish Times and other media outlets occasionally do great features on Irish composers, but they are all too rare. Is the same true in other countries? I’m not so sure. The BBC once had Irish composer Gerald Barry on prime time TV chatting with Stephen Fry, Thomas Adès and Fiona Shaw about his music! Can you imagine ever seeing anything like that on Irish TV?

Anyway, I do hope more people listen to Eric’s music after reading this and I also hope more people of influence will help elevate the status of LIVING composers in creative ways, not just treat us like curiosities who need occasional watering in the public sunshine!

#RIP Eric and thank you for your music and kindness.

Please check out more about Eric’s music on his website