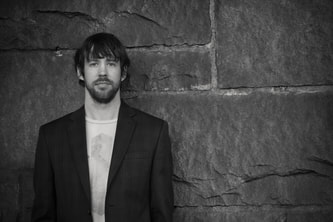 Occasionally in music you find a kindred spirit who shares similar musical interests to you completely independently. When I first heard the music of Brooklyn composer David Crowell I could tell he was listening to the same combination of music from New York and Africa that I enjoyed. More precisely, minimalist composers Steve Reich and Philip Glass and Zimbabwean Chimurenga, Congolese Rumba and Malian Griot music.

It turns out David Crowell toured with Philip Glass for ten years as one of his ensemble’s wind players. What an apprenticeship that was! David also crosses musical boundaries by performing in a rock band, as I have done with D.F.F. David’s band ‘Empyrean Atlas’ play a great brand of instrumental rock music which blends his New York and African influences.

If you enjoy these kind of music styles I’m pretty sure you’ll enjoy the music of David Crowell and Empyrean Atlas. Sample the Empyrean Atlas Soundcloud playlist below and also check out www.davidcrowellmusic.com