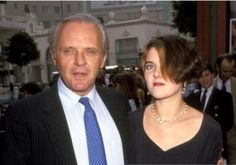 A news story today about the great actor Anthony Hopkins has triggered an interesting memory from my musical past that I’d like to share.

The story leads with this provocative headline –

The journalist goes on to detail how Anthony Hopkins is estranged from his daughter Abigail, a musician and actress.

I was interested to read that they are estranged because many moons ago, when I lived in London, I found myself ‘auditioning’ to be Abigail Hopkins’ guitarist!

If memory serves correctly I responded to an online ad from a songwriter looking for a guitarist. The songwriter was called Abigail Hopkins. Given her surname I naturally wondered whether she might be related to Anthony Hopkins. The chance of meeting Mr. Hopkins through her wasn’t my motivation for replying to the ad though. I was just looking for work as a guitarist. So I contacted her and she responded and asked to meet me. The name ‘Anthony’ didn’t enter our emails.

A day or two later she visited my Finsbury Park apartment to audition me. As she entered the apartment I was taken aback at her resemblance to Anthony Hopkins. She looked like a young Anthony Hopkins playing a red-haired, goth drag queen. Yet still I had no confirmation she was his daughter, or perhaps niece. I kept quiet on the matter and decided it best not to mention him. After all, I was only really interested in getting work as a guitarist.

So Abigail sat down and chatted with me for a while. Very soon into the conversation, without any prompting, she confirmed her father’s identity.

‘In case you didn’t know I should tell you Anthony Hopkins is my father’ she said, ‘I’m trying to make my way without using his name though.’

‘Oh really that’s very interesting, I didn’t know!’ said I in the higher than necessary pitch of a pubescent teenager.

It was clear that she didn’t really want to talk about him, so I left it at that and suggested we try jamming on one of her songs.

Even though I was technically the one auditioning I sensed she was a bit nervous as she took out her pristine nylon string guitar. She made a modest comment about her limited guitar skills and then launched into a strange, atonal song.

It’d be fair to say Abigail’s singing talents don’t match her father’s acting talents. She sang with a tormented wail, the kind that quite a lot of people seem to like for reasons I’ll never understand. I remember thinking early on that her style really wasn’t something I was into. The feeling was probably mutual.

We jammed away to a few songs and had a pleasant conversation but within an hour or two Abigail Hopkins was gone. I never saw her again or heard about her music again.

The Silence of the Jams…..

Afterwards I must admit my only regret was that I never got to meet Anthony Hopkins.

News reports would suggest however that even if I had ended up being Abigail Hopkins’ guitarist, I still wouldn’t have met Sir Anthony Hopkins!