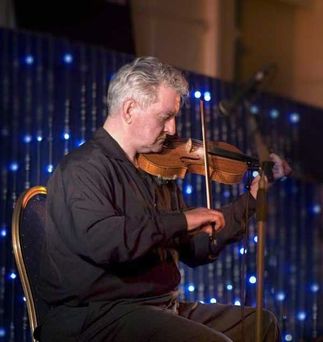 Ireland lost one of its greatest ever musicians on Friday 3rd August 2018, Tommy Peoples. Though I didn’t know Tommy well, the news of his passing gradually engulfed me in a kind of numb grief I hadn’t experienced since James Byrne died a decade ago. Grief not just for the gentle soul I’d briefly had the honour of knowing, but grief for the end of an incredible musical legacy.

When James Byrne left this earth a huge store of music and folklore left with him. His death created a void that will never be replaced.

The same is true for Tommy Peoples. If anything the void is greater because Tommy was not just a remarkable fiddle player and encyclopedia of tunes like his friend James Byrne was, Tommy Peoples was one of Ireland’s most original composers of ‘traditional’ music. Scratch that limitation, he was simply one of Ireland’s greatest ever composers.

The only musician to win a TG4 Gradam Ceoil as a performer and composer, he was also the only traditional fiddle player/composer to be admitted into Aosdána, the so-called ‘elite’ body of Irish artists. Though the merits of Aosdána are much debated, the admittance of Tommy Peoples into Aosdána in 2012 was hugely significant to many in the traditional music world. Peoples himself reacted with typical modesty when speaking with the Journal of Music.

‘It’s not something I’m very familiar with,’ Peoples declared. ‘I’ve no familiarity with procedures or for that matter behaviour. I’m hoping it’s kind of low key.’

Peoples’ significance as a musician has been much spoken about since he passed away. He’s undoubtedly one of the most influential fiddle players in the history of Irish music. From his fiery, edgy style with The Bothy Band in the 1970’s to the delicate, achingly poignant style of his later years, few others have reached the depths of expression Tommy Peoples reached in over 50 years of music making.

Instead I’d like to share a bit about my experience of accompanying him on stage and learning one of his tunes directly from him.

In 2012 I put together a tour called ‘The Tune Makers’ with the help of Arts Council funding. Tommy agreed to join Liz Carroll, Máirtín O’Connor and I for two dates on the tour, in glór, Ennis and Ionad Cois Locha, Donegal.

As part of the show Tommy had a solo slot of about 25 minutes. When we got together on the day of the first show I was both over-joyed and a little apprehensive when he asked me to accompany him on guitar. I’d heard from other guitarists (and seen evidence in concerts) that Tommy didn’t rehearse much with his accompanists, he often decided what to play on the spot.

For a seasoned accompanist in Irish music this wouldn’t usually be too difficult a task as, the more you play Irish music, the more you learn how to anticipate the harmonic changes inherent in traditional melodies. Accompanying on the fly is a common skill we develop in sessions.

The difference with Tommy was his extraordinary imagination and flair for very unusual melodic directions. When you accompany a musician like Tommy you have to REALLY listen and expect the unexpected.

I did this with him for a total of about 50 minutes over two concerts. It was a hair-raising yet magically transcendent experience. In those brief moments I felt an incredible connection to a kind of spontaneous, soulful creative genius that I’ve never encountered before or since.

I was particularly moved by his own compositions, some of which he didn’t give a name to at the time.  Often in unusual keys and modes for Irish music like F or Bb, with very unusual twists, turns and leaps and occasionally daring to go where most Irish fiddle players don’t go – higher than first position. Tommy’s tunes are a beautiful harmonic minefield to negotiate as an accompanist.
​
I didn’t speak much with Tommy at the time, he was a man of few words, but the words he used were kind and knowledgable yet peppered with wry humour. There was certainly sadness in his eyes and music, but I detected an equal amount of joyousness too. A feeling reflected in these wonderful words about Irish music from Peoples the Philosopher.

“The music expresses joy, terrible loss, hope, love and defiance. It has stayed with us when we had our own people crushed by oppression, our language killed by force and intimidation… Irish music was a joy to me… it spoke to me of the people who bore all this hardship and came through singing.”

A few years before the Tune Makers tour I met Tommy for the first time at a masterclass in the Balor Arts Centre in Ballybofey, where he was musician in residence. As luck would have it there were only two other people there, so we were treated to a very intimate audience with him.

Though my own fiddle playing ability was very limited then (and the others weren’t much better!) he patiently thought us a beautifully melancholy jig he composed called ‘The Kinnycally’. A common trademark of an artistic genius is they are often highly self-critical and modest about their creations. Tommy came across that way as he taught us his new jig with almost painful reluctance. “You probably won’t like it” he said. Little did he realise how awe-struck we were by his music and presence. After he played it with tentative humility, I sat there scratching through it with nervous embarrassment.

Shortly afterwards I asked Tommy for his permission to record it for my Contemporary Traditional Irish Guitar album. Thankfully he agreed. It’s the only recording of the tune I know of, it surely won’t be the last. Many of Tommy’s wonderful tunes are collected in his book Ó Am go hAm – From Time to Time. Essential learning for anyone interested in the art of tune composition.

I’m so grateful to have briefly known, played with and learnt from Tommy Peoples. I’ll forever cherish those intimate moments I shared with a true genius of Irish music.

Your soul lives on in your music and family 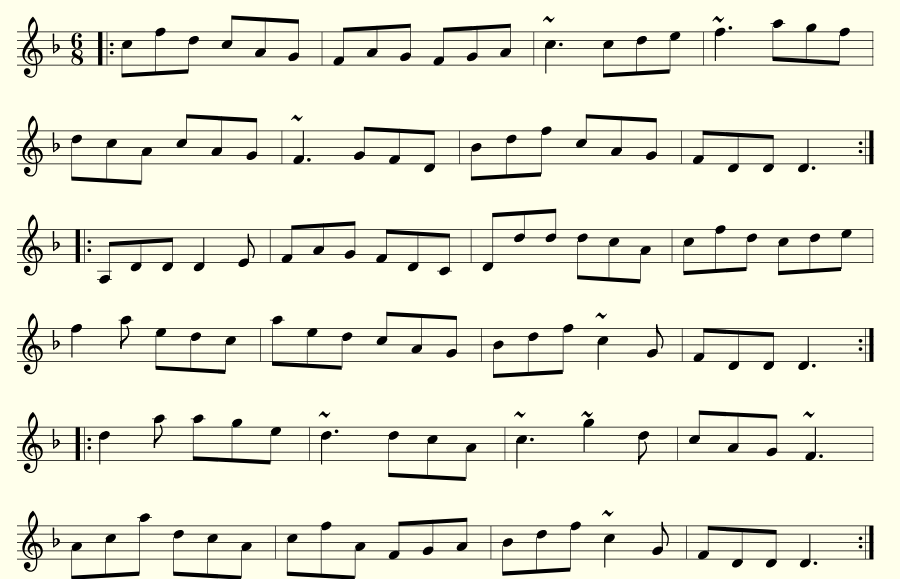